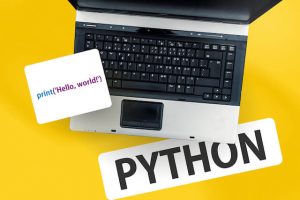 You would have heard of how Python is a favorite programming language amongst many developers for its strong emphasis on readability and efficiency, especially when compared to other languages like Java, PHP, or C++. Whether you’re starting a new company, or looking for a language to help you land a job, Python can and will push you to great heights. Here’re are 6 advantages of learning Python:

Try asking any programmers which programming language was easiest to learn for them, and I bet the majority of responses will probably be Python. Python looks like it was designed for newbies as the learning curve for Python is essentially non-existent. It is so easy to understand that you could teach its basic concepts to someone without coding background in one day.

It’s so easy that someone who doesn’t know code could still probably understand this:

Python helps to trims out a lot of unnecessary and confusing programming fat, allowing you to produce the same output with far fewer lines of code as compared to Java or C++. Code development is not an easy task. Why not make the job easier by using a language that is as simple as it gets?

2. Python is a foundation to learning other coding languages

Starting with Python can serve as a stepping-stone for developers new to the world of programming. This is because Python’s object-oriented principles are compatible with other languages such as JavaScript, Ruby, and C#. Therefore, once you’ve mastered the concepts of Python, other languages grounded on similar principles should come naturally to you. You just need to focus on their syntax, which is really what matters.

3. Python has a huge online community and resources

If you aren’t aware, programming isn’t something that is always smooth sailing. More often than not, you’d be faced with debugging some errors. With Python being one of the most popular programming languages, it’s easy to seek help from its huge online community and resources such as Stackoverflow. It also boasts an extensive library with built-in functionality, which explains why so many programs are written in Python.

There are several robust Python implementations integrated with other programming languages. Some examples include:

These allows you to run Python in different scenarios.

If creating cool and innovative gadgets with Python isn’t good enough of an incentive, then how does working in companies like Google or Facebook sound like? Python is opens doors to a numerous career paths which command relatively decent salaries. Furthermore, the most popular and highest paying languages now are SQL, Java, JavaScript, C# and Python.

6. Python is a core technology in highly trafficked sites and services

Given Python’s affinity for scale, it shouldn’t be surprising why it is the core language in many ‘blue chip’ sites and services. This includes Dropbox, YouTube, Instagram, PayPal, and even games like Second Life. For web developers, this means that mastering Python and its popular advanced frameworks like Django should ensure you’re able to find work or even build your own product or service as a startup.

Interested to upskill yourself with python? Check out our Data Science course where you learn about fundamental programming concepts and build your foundation in the tools-of-the-trade. What are you waiting for? Contact us to find out more or register here and check out our next course dates!