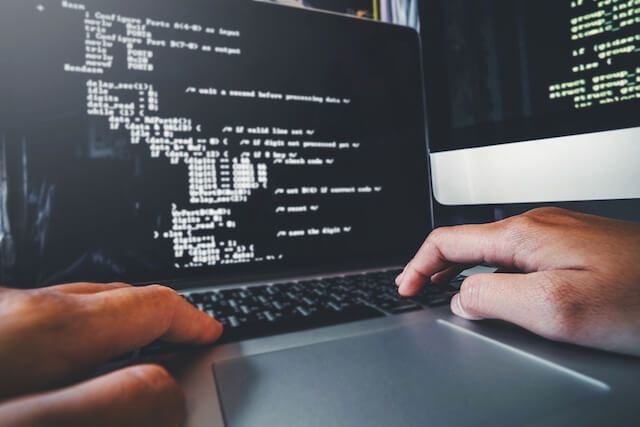 Thinking of becoming a data scientist but have no clue about how to code? You’re in luck! There are a plethora of coding courses now available, be it online or by local educators. If you are intent on learning how to analyse data using code, you can consider specific classes such as a business analytics course, or big data analytics course in Singapore.

But before you even begin learning how to code, you need to know what the building blocks of programming are.

A programming language is a set of key terms and syntax rules that can be put together as input instructions for a computer to perform specific tasks. This is why typing a string of code is also called a ‘command’, as you are essentially commanding the computer to do something based on the code you enter. The way these commands are input are highly specific and specialised, much like how the different spoken languages in the world have a different vocabulary and grammatical rules.

In the world of programming, the different languages have different characteristics that make them better for particular purposes. Some are easier to learn, while others have a steeper learning curve. Here are some of the most popular programming languages today:

Syntax goes hand in hand with your programming language. Just as you cannot separate grammar from a language you speak, syntax is involved in everything you code. The only difference is that in human language, people can guess what you are trying to say if you mess up the grammar. But in coding, the computer will only understand the code if the syntax is precise. This is what frustrates a lot of programmers – a small mistake in syntax can cause the whole code to not work. Hence, a good foundation in the syntax of your programming language of choice is crucial.

In programming, there is source code and object code. Source code is what programmers type into the system in the programming language. It is readable and understandable by humans to varying extents, depending on how abstract the code is. Object code is what results after the source code is compiled (similar to a translation) into a computer-readable version. It appears as a string of zeroes and ones, called a binary code.

When we say environment, we don’t mean the atmosphere of the place you sit to do your coding. A coding environment is a platform on which you input and edit your code. Think of it like a notepad for writing. Called an Integrated Development Environment (IDE), these software applications may include functions such as build automation tools, debugger, compiler, interpreter, class browser, object browser, and so on.

This is just the tip of the iceberg into coding. There are still many concepts such as data types, functions, dynamics, and programming constructs to delve into. For a complete and structured way to learn to code, why not enrol in a beginners coding course in Singapore?