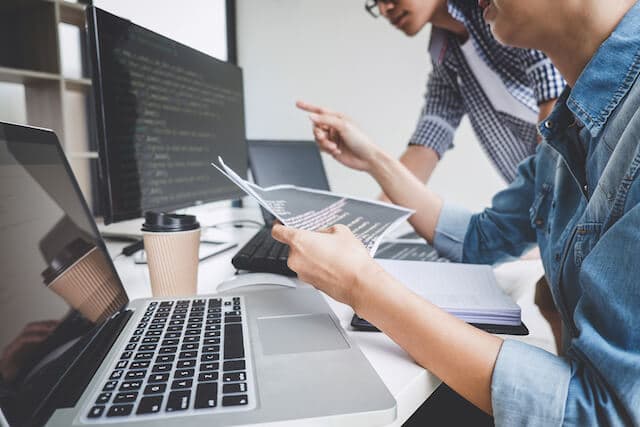 Although programming is picking up as a popular skill and career path amongst young people, there are still several who remain wary. It’s partly because there are some myths about programming that are deeply entrenched in their minds as truth.

You don’t have to fear or shun programming any longer—this article will reveal the truths concerning the most common myths about programming.

Many people subconsciously picture programmers as spectacle wearing geeks who close themselves off to the world and spend 14 or more hours a day in cyberspace or coding. It’s pretty much what the media has depicted top-notch programmers to be.

While there are traces of truth in this, as programmers do really love spending time coding and coming up with new, and more efficient solutions to enterprise and social issues, the rest of that picture is false.

People with different personalities from a variety of backgrounds are taking up and have taken up programming. You too can take-up a programming course in Singapore and get to know what makes your smartphone so fascinating.

In the early days, programming was mysterious. It was a skill that only a few “computer experts” had and few people would explore. But that was because the research was still the nascent stages and digital technology was not as widely spread as it is today.

Now, that has changed and there’s an ever-growing pool of people delving into coding, even as digital technologies become prevalent. Consequently, these two myths have been busted.

First off, you don’t need to be a math expert to be a programmer. You just need some level of understanding logic and you are good to go. Your knowledge in math is not proportional to your abilities in programming.

Secondly, programming is not much more difficult than any other skill worth pursuing. You just need time, grit, and the right programming course in Singapore.

Coding is only for kids

Many gen X’ers and older people consider coding to be a thing for millennials.

This is not true. Psychologists have established that the human mind never stops learning. So, just as you can pick up a new skill, such as gardening or cooking, whether you are 65 or 16, you can enroll for a programming course in Singapore and learn how to code.

Even if you aspire to be something like a data analyst, knowing programming and being able to code will allow you to go further in your career. Of course, it all begins with attending the right Data analytics courses in Singapore.

Programming is only relevant for those with tech careers in mind

You could be interested in law, medicine or other careers that are not considered to be tech careers, therefore, you buy into the myth that programming is only relevant for tech-related careers.

However, digital technology is permeating every aspect of society today and you could find yourself a loner when you cannot make sense or keep up with technological advances in your field.

Consider how typing or using a computer was considered an exclusive skill in the mid-twentieth century. Today, these are essential skills in every career. In the same way, present-day doctors, lawyers, and others need to interact with apps and other computer software in order to remain relevant and be more efficient.

Learning programming is a huge step in making this happen. So, if you are still undecided about programming, this is your chance to enroll in a programming course in Singapore and prove these myths false.