While the audience helped themselves to the complimentary beverages and pizzas, Jun Yi, founder of pennywise.sg took the stage for the fourth talk, entitled “Various types of Wallet”. He began by unpacking different terms like wallet, addresses and keys. He broke down the common misconception that the cryptocurrency wallet is as its name implies, that a wallet is not for storing coins, but for storing private keys. A private key here refers to a digital code that is individualised and used to sign transactions. The public key, or address, derived from the private key is in turn available to others to verify these transactions. This system is part of the Elliptic Curve Digital Signature Algorithm. A better way to visualize the cryptocurrency wallet, as used by cryptographers, is to think of it as a keyring instead of the conventional wallet.

Junyi then went on to introduce the different forms of wallet available on the market; they are mainly: Software Wallets, Hardware Wallets, and Paper Wallets. He explained the pros and cons of each option and shared that he believed the hardware wallet was the safest option currently available. This is because the wallet can be kept secure even in the case of a computer compromise. The talk concluded with a plug about the Ledger Nano S, the hardware wallet that pennywise.sg distributes.

The penultimate talk of the evening delivered by Peter Sin and Caleb Yap honed in on the global prevalence of cryptocurrency today, attendant rules and regulations set forth to govern its use in Singapore and the potential of cryptoasset lending. Peter began by providing a narrative of his use of Bitcoins. He used these stories to illustrate how cryptocurrency has become more commonplace today. One recount that struck was his recount purchase of a cup of coffee with Bitcoins using a credit card. That cryptocurrency can be used in transactions concerning everyday items was evidence that it is indeed a bonafide currency today. The talk segued then into the nitty gritty of cryptocurrency transactions in Singapore. The crux of the matter was that while the Monetary Authority of Singapore (MAS) does not regulate the use of virtual currencies, any business that chooses to accept or deal payments in cryptocurrencies are still subjected to income tax laws by the Inland Revenue Authority of Singapore (IRAS). Caleb rounded up this segment of the talk by giving a visual account of how the lending of cryptoassets, in the same way loans work with physical currencies, could be profitable. 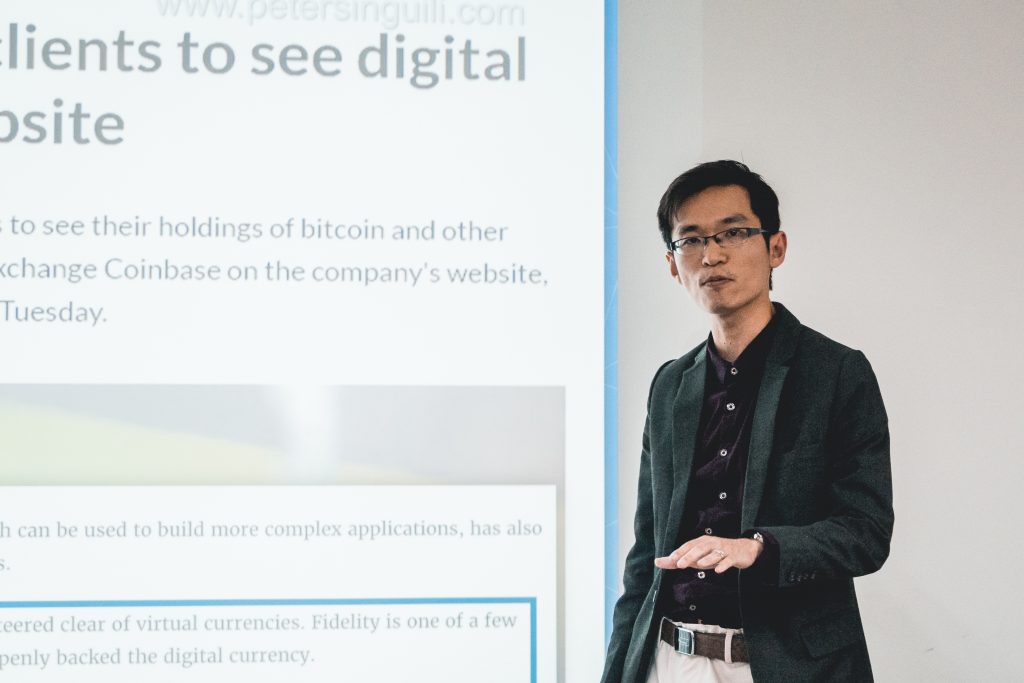 The last talk of the night was delivered by Alvin Lee, a full time trader and cryptoenthusiast. The talk naturally drew a lot of attention as it concerned the very subject of profits and how to maximise it. Alvin shared his experiences of being a trader and then subsequently shared the strategies he believed would be effective in becoming a successful cryptocurrency trader. Among these strategies, he expounded on technical analysis being more time and cost effective insofar as cryptocurrency is concerned. Using trend charts and examples of social media postings, he also explained how an individual could gauge the cryptomarket. To the end of making profits in a volatile market, Alvin advanced the merits of contrarian investing. Ultimately, as with most speakers before him, the caveats Alvin left the audience with were: to be more frugal when starting out trading in cryptocurrency; to do research about the different currencies; and also to be patient, accepting losses and learning from them.

After the talked, guests mingled with one another, exchanging advice and contact numbers. So concluded a successful evening of learning and sharing; the first of many to come.

Should you wish to view the talks in their entirety, they can be viewed on Youtube via links below: 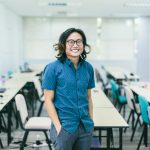 This article was written by Joshua Chan, an intern here at Hackwagon Academy