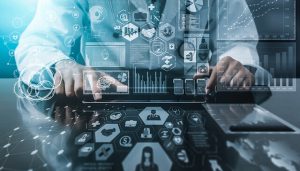 Although Hong Kong is not a significant market for tech firms such as Facebook, Google and Twitter, they have used it as a perch to reach deep-pocketed advertisers in mainland China, where many of their services are blocked. However the companies are now in the cross hairs of a national security law that gives China authority to demand that they turn over user data or censor content seen to violate the law – even when posted from abroad. We have summarised the responses by tech giants below.

The list is not exhaustive and many aspects of the national security law await further explanation.

Facebook confirmed it has paused the processing of data demands from Hong Kong authorities until it can better understand the law. This includes the formal human rights, due diligence and consultations with human rights experts. Its spokesperson said: “Facebook believes freedom of expression is a fundamental human right and support the right of people to express themselves without fear for their safety or other repercussions.” This suspension will also apply to WhatsApp.

Twitter said it suspended transfers of user data subject to Hong Kong demands immediately after the law came into effect. Its teams are also “reviewing the law to assess its implications, particularly as some of the terms of the law are vague and without clear definition.” It also said it has “grave concerns regarding both the developing process and the full intention of this law.”

Google said it suspended its reviews of data requests from the authorities and added that it would continue reviewing government requests for removals of user-generated content from its services.

Following the enactment of the security law, Apple announced it is assessing the rules, adding that it does not receive requests for user content directly from the Hong Kong government and requires authorities to submit requests under a U.S.-Hong Kong legal assistance treaty.

LinkedIn, which is owned by Microsoft and runs a separate mainland operation beholden to Chinese regulations. However, they have also expressed that it is pausing responses to local law enforcement requests as it conducts its review of the law.

Similarly, Zoom has clarified that it has paused processing any data requests from, and related to, Hong Kong SAR. Additionally, as Zoom expressed to support the free and open exchange of thoughts and ideas, they are actively monitoring the developments in Hong Kong SAR while receiving any potential guidance from the United States government.

This is an interesting one – TikTok is in a dilemma. As a Chinese-owned company, it can’t choose to defy the Chinese government. But on the contrary, it cannot afford more narrative about it being a tool of Chinese censorship. Therefore, instead of temporarily refusing data requests from the police like many foreign firms, which is regarded as a gesture of opposition to Beijing’s grip, Tiktok pulled the plug and decided to quit Hong Kong. This was an easy business decision for the short video app as the city constituted only a tiny share of TikTok’s user base. Time will tell whether ByteDance will roll out a censored version of TikTok/Douyin, or leave the city of seven million people out.