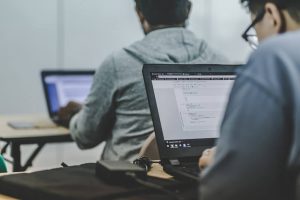 Python has been a charmer for data scientists for a while now and is the most widely used programming language today. This is due to its ability to surprise its users when solving data science tasks and challenges. Furthermore, Python is a relatively easy to learn, debug, is widely used and the list of advantages continues. Here are 6 Advantages Of Learning Python we covered previously. Python has been built with extraordinary Python libraries that are used by programmers every day in solving problems. In this article, we will discuss about the top 5 Python libraries you’d use while managing your data science challenges.

NumPy, also known as Numerical Python, is one of the most fundamental packages in Python. It is a general-purpose array-processing package that provides high-performance multidimensional objects called arrays and tools for working with them. NumPy also provides multidimensional arrays as well as functions and operators that operate efficiently on these arrays, making it an efficient container of generic multi-dimensional data.

Did you know that Pandas stands for Python Data Analysis Library? Pandas is an open-source library written for the Python programming language for data manipulation and analysis. Not only does it provides high-performance, it also has an easy-to-use data structures and data analysis tools for the labeled data in Python programming language. With around 17,00 comments on GitHub and an active community of 1,200 contributors, it is heavily used for data analysis and cleaning. Pandas provide fast, flexible data structures, such as data frame CDs, which are designed to work with structured data very quickly and intuitively.

This is undoubtedly many people’s favourite and a quintessential Python library. Matplotlib has powerful yet beautiful visualisations. It’s a plotting library for Python with around 26,000 comments on GitHub and a very vibrant community of about 700 contributors. Because of the graphs and plots that it produces, it’s extensively used for data visualisation. With a bit of effort and hint of visualisation capabilities, you can create just any visualisations with Matplotlib. This includes (but not limited to) line plots, scatter plots, area plots, pie charts, contour plots and spectrograms. Basically, everything that can be drawn!

SciPy (Scientific Python) is another free and open-source Python library extensively used in data science for high-level computations. It’s widely used for scientific and technical computations because it extends NumPy and provides many user-friendly and efficient routines for scientific calculations. SciPy makes significant use of NumPy.

Seaborn is defined as the data visualisation library based on Matplotlib that provides a high-level interface for drawing attractive and informative statistical graphics. Putting it simply, Seaborn is an extension of Matplotlib with advanced features. In short, Matplotlib is used for basic plotting; bars, pies, lines, scatter plots and stuff while the Seaborn provides a variety of visualization patterns with less complex and fewer syntax.